In 1969, two men were watching a soccer match in Glen Cove. It was a beautiful day and while they were enjoying the game, these two insightful men, who, by the way, had just met for the first time, came up with an idea! Why not start a soccer league for the youth in Glen Cove? Hence the birth of The Glen Cove Junior Soccer League! Marco Malusa, one of the founders of the Glen Cove Soccer Club, and Bill Doyle formed the first Glen Cove travel team ever, a team of U19 boys, to play in the fledgling Long Island Junior Soccer League.

Over the next few years more travel teams were formed and Glen Cove became a force throughout Long Island. one of these teams won four league championships in a five year span. Glen Cove placed more players on the league All-Star team than all the other Nassau County teams combined! Their record was 56 victories, 6 ties and 2 losses. By the mid-seventies, the Glen Cove Soccer Club was producing State Cup Champions. A U10 team coached by Stephen Mueller and a U16 team coached by Larry Cerasi, went all the way to the regional finals. As you can see, the Glen Cove Junior Soccer League was well on its way!

Even though things were progressing nicely, something was missing. The people who ran the league wanted to make soccer available to all children in Glen Cove who wanted to play. In the summer of 1975, with the help of John Maccarone, the director of the Glen Cove Recreation Department, Marco and Marie Malusa formed the intramural program. This was quite a task considering our town’s youth were already involved in the football, basketball and baseball programs in town. In addition, soccer was considered a foreign sport! Nonetheless, about 50 children signed up to play in the first intramural season.

Soccer fever began to spread rapidly throughout Glen Cove! The following fall saw an increase of over 500% with 270 boys and girls signing up. It was then that the first slate of officers were elected. They were Peter Athan, President, Joe Tumbarello, Vice President, Marco Malusa, Treasurer.

The size of the club now dictated that the officers separate from the men’s club and form a separate program. Incorporated under the name of the Glen Cove Strikers, which is still the club’s legal name, a non-profit organization with special by-laws was born. In order to properly identify ourselves to the public, we took on the AKA of “THE GLEN COVE JUNIOR SOCCER LEAGUE”.

The aim of our club was to make soccer as open as possible to any child in our community with the goals of participation, learning and fun topping the list. While travel teams fulfill a certain purpose, there clearly was a need for soccer to be generally available. What our founders didn’t realize was how successful their program would become in such a short period of time. By 1978, only three years after the introduction of the intramural program, the membership had grown to over 500 children!

Through the 1980’s, the GCJSL grew and added events such as Parade Day, Field Day and Awards Night. Travel teams proudly represented Glen Cove in the wildly growing Long Island Junior Soccer League. The Board of Directors also Grew, taking on more hands to do more work.

The 1990’s became a time of transition. Our needs began to change and we had to adapt with them. The children wanted to learn more. The coaches wanted to become better teachers. The parents became more knowledgeable spectators. Why? Its simple. Soccer took off in the U.S.A. in the 1980’s. It surpassed baseball as the number one participation sport in the country.

Why? Its an easy yet highly skilled game to play and it’s equipment is comparatively inexpensive to other sports. Glen Cove was not immune to this phenomenon. 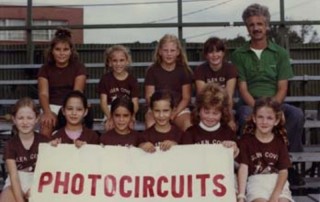 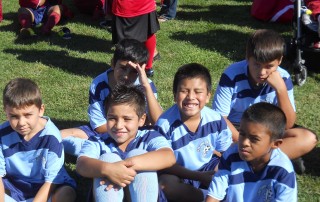 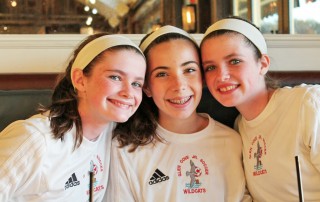 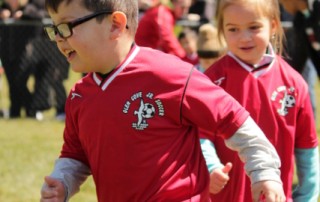 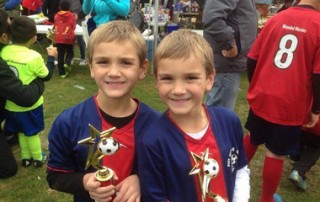 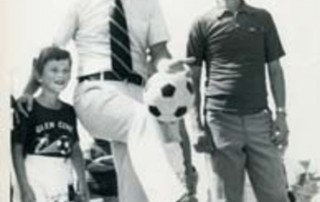 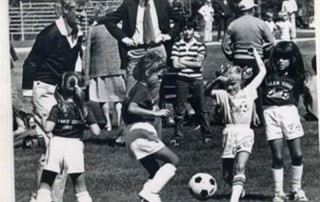 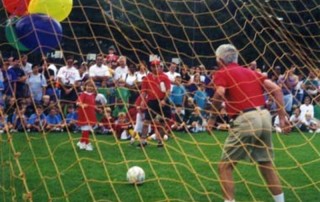 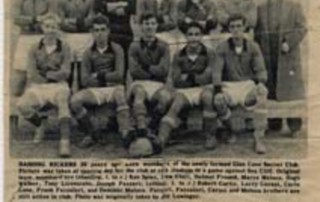 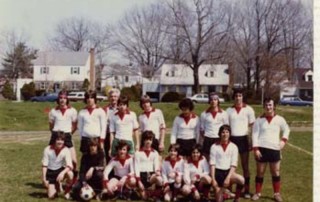 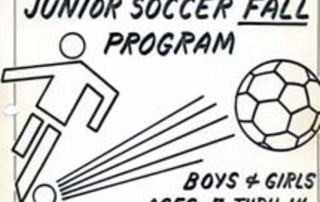 So this is what we have done…

We have added a Tiny Tots program that runs in the spring. These preschoolers are our youngest players. They play small sided games so they have the opportunity to “touch” the ball more. We also incorporated a Kindergarten Division into our fall program. They too, play small sided games. The practices and games are a wonderful first experience for both the young players and their parents!

Soccerfest replaced Field Day, which was our annual skills’ competition. Soccerfest is our intramural tournament where all of the teams from Division 1 and higher, play a series of shortened games throughout the day with finalists receiving awards. The kindergarten Division children participate in skills’ competition and can’t wait until next year when they play like the big kids! Soccerfest is also the day when we award participation trophies to all players in the intramural program. Its a resounding success with lots of fun, food, and great soccer.

Due to the demand for competitive soccer, our travel program has grown to ten teams. We are part of the Long Island Junior Soccer League, which now oversees about 100 clubs, with about 1,000 teams, with about 15,000 players! Our teams have won Division Championships, Tournament Championships, Waldbaums Challenge Cup Championships and LIJSL Sportsmnship Award Winners. We ran our first Winter Indoor Tournament. Over 70 teams from the LIJSL competed in fast paced games. The caliber of the skills of our players is evidenced in this year’s Glen Cove High School Varsity and Junior Varsity Boys and Girls Teams. The boys’ varsity team finished a terrific season with a record of 13-3-3. They went to the county semifinal round narrowly missing the championships! The boys JV team had an outstanding record of 14-1. The girls team finished a strong season with a record of 9-1-2. The girls’ JV team closed out a great season with a record 10-4. The majority of these players come from the GCJSL.

Our registration fees are among the lowest on Long Island. We are able to contain our costs by fund-raising activities that help fund our programs. This money has also helped us with our two “scholarship” programs. First, we are able to register children in our program whose families cannot afford the registration fee. Secondly, we are able to give scholarships towards college tuition to graduating Glen Cove High School seniors who have played in the GCJSL and have volunteered to help in the GCJSL while in high school. Your participation and generosity in these activities is greatly appreciated.

Where do we go from here? We will continue to offer the things that make our club a great success. We will fine-tune the areas that need attention. We will change when times tell us to do so. We are positioned to take the Glen Cove Junior Soccer League into the next millennium and are excited to have you join us for the journey!